Last year, I took a listen to the best albums of 2016, as nominated by a bunch of people on the internet. Not one place in particular, but just across the internet. This year, I am doing the same, its really the only way I get new metal into my blood, aside from random Youtube recommendations.  so, what do we have?

Its pretty diverse, to be honest, with a lot of Doom and Death Metal. Not Doom/Death, because that is a different specific type of Metal. I’m learning a lot more this year than I did last year about the genre’s and types of metal

Instead of updating and posting a number of small updates, or even one big one, I’m gonna walk through a Few a month, starting at the top and working down. I’ll be giving them personal ratings, but those are only, like, my opinions man. If you like these bands or their sounds, I hold nothing against you or what you enjoy, I’m only putting out how much I enjoyed a given album and am definitely not trying to be some sort of definitive voice on metal – I am not! Lunar shadow was an interesting listen. It has a cool, upbeat, power metal feel sometimes, while also dropping into strange, haunting folk-sounds. The part that I found the most dissonant when I listened to it the first time but faded and dissipated as the album progressed was the lyrical style. They don’t hide their haunting, almost Early British Rock vocals behind any sort of veil. They have a truly old school heavy metal style and sound, and I like it. I wasn’t really convinced it was metal the first time I listened to them, but I changed my mind after a bit. They might not be my preferred type of metal, but they are still really cool. Some of the tracks the vocals are distracting, but there are more than a few that they simply blend together.

It gets points for Rockin’ Hard, having awesome themes, referencing Rome, and being extremely easy to listen to. It gets a few points taken off because it doesn’t feel metal enough, and the vocal style can be dissonant. The Album has much more good than bad, and anyone who likes metal should give it at least a shot. took 2 for me to really enjoy it. Listen to the whole thing and tell me your favorite.

Locust Leaves has a strange and haunting offering here. Its a cool, melodic and vocally interesting album full of weird tempos, strange shifts in music, and bizarre breaks. Its very easy to listen to, honestly, and not as bad as I originally gave it. It takes you on a visit to realms of music that span the spectrum, grinding and dissonant while also heavy and crunchy and hauntingly glorious. The prophetic and hymnalistic vocal style is something I enjoyed, though I often wish it was given to a different band that wasn’t so out there with their songs and style.

Its not a bad album, but its not something I will be hunting down every day to listen to. It gets points for its amazing vocals, diversity of listen, and uptempo style, with a few points being deducted because its more of an experience than an album, with repeated listening seeming to reduce, rather than increase, enjoyment. Finally, I really love to rock out to songs, and when they break as often and unpredictably as this one does, its really hard to dig it too much. 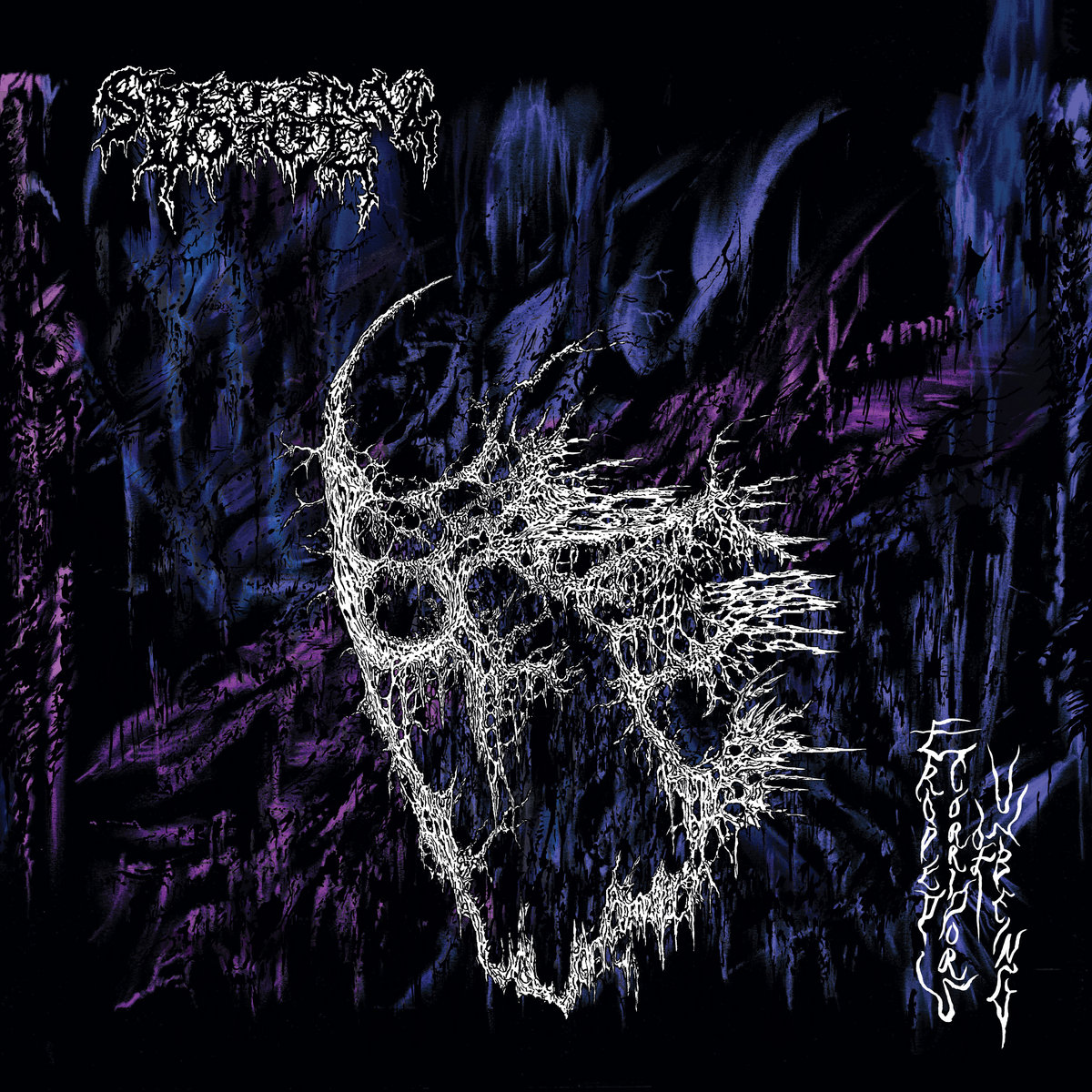 Spectral Voice is a strange experience for me. I love the actual music, even though its not my speedy type of metal that I generally prefer. Its a slow, grinding sludge metal sound that doesn’t generally resonate with me, but here its just fine – As long as the vocalist isn’t using his instrument. Death growls aren’t really for me, and this album is absolutely full of them, from the start of the first track to the trailing end of the last fading echo. The album isn’t repellent, and if it wasn’t for those vocals, I’d at least consider listening to them more.

These guys get points for being strongly metal, and deeply creepy and resonating. They have a crunchy and black sound that I like. They lose a bunch of points for their vocals, and its not fair of me to do so with how picky I am with vocals, but this is personal preference. I’d much rather have a speedier metal, too, so that has to doc points. Again, let me repeat, its my opinion, not some sort of judgement on the band and its fans. As this is just a demo of an album to be released eventually, I’m not going to spend much time on a 10 minute track and a half. Instead, I’ll say that this band is pretty cool. Its a bit distorted, and a bit scratchy, but it sounds good. It reminded me of a band I ended up liking a lot more as the year went on, Eight Bells. Proggy, strange, with fairly uncommon female vocals that haunt and take a back stage to the music as a whole, but still cut through with their power. I like this and look forward to seeing more from their collection.

They get points for having a cool style and a haunting sound. The vocals are a high point, and the song and a half are cool to listen to. They are, however, a pretty slow and trudgefilled band. Again, I like the speedier, thrashy stuff, so this isn’t a knock on them as a band. finally, and this is why they get such a low score, I don’t have enough of an album to judge them on. They are clearly doing something, but can I listen to 45+ minutes and/or do they maintain past a song or two. Hopefully we find out in 2018! 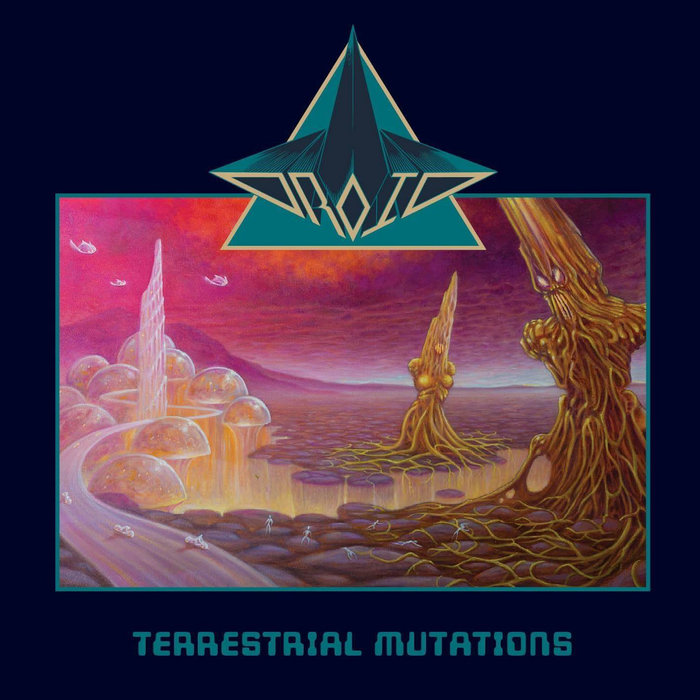 Droids is a first for me, honestly. Its the first stoner rock I’ve ever listened to, and its quite the shock. I don’t know that Droids is emblematic of the whole genre, but I don’t know that its a genre I would enjoy, given its only example. While the speed and tempo is there, its not as fast as some of the speed metals. Its generally faster than any of the sludge and doom I’ve listened to, making it of a fairly standard metal pacing. This is going to come up up often, but the vocals really throw me. While the music is much more high-pitch and kind of twangy that I am really used to, what really puts this album down for me is the, essentially, shouting of the album. Its not singing, its not screaming or growling. Its unique as to what I’ve seen in metal, but I don’t really think its enjoyable.

Man, I wish I wasn’t just running into bands I didn’t like at the start of this. This band gets points for speed and a bit of its sound, but that is it. Its more punkish sound, its randomly slow portion, and its irritating vocal style drive me away. I hope that the people who like it keep supporting it, and I support that they enough of a following to keep making records. Its just not my thing. 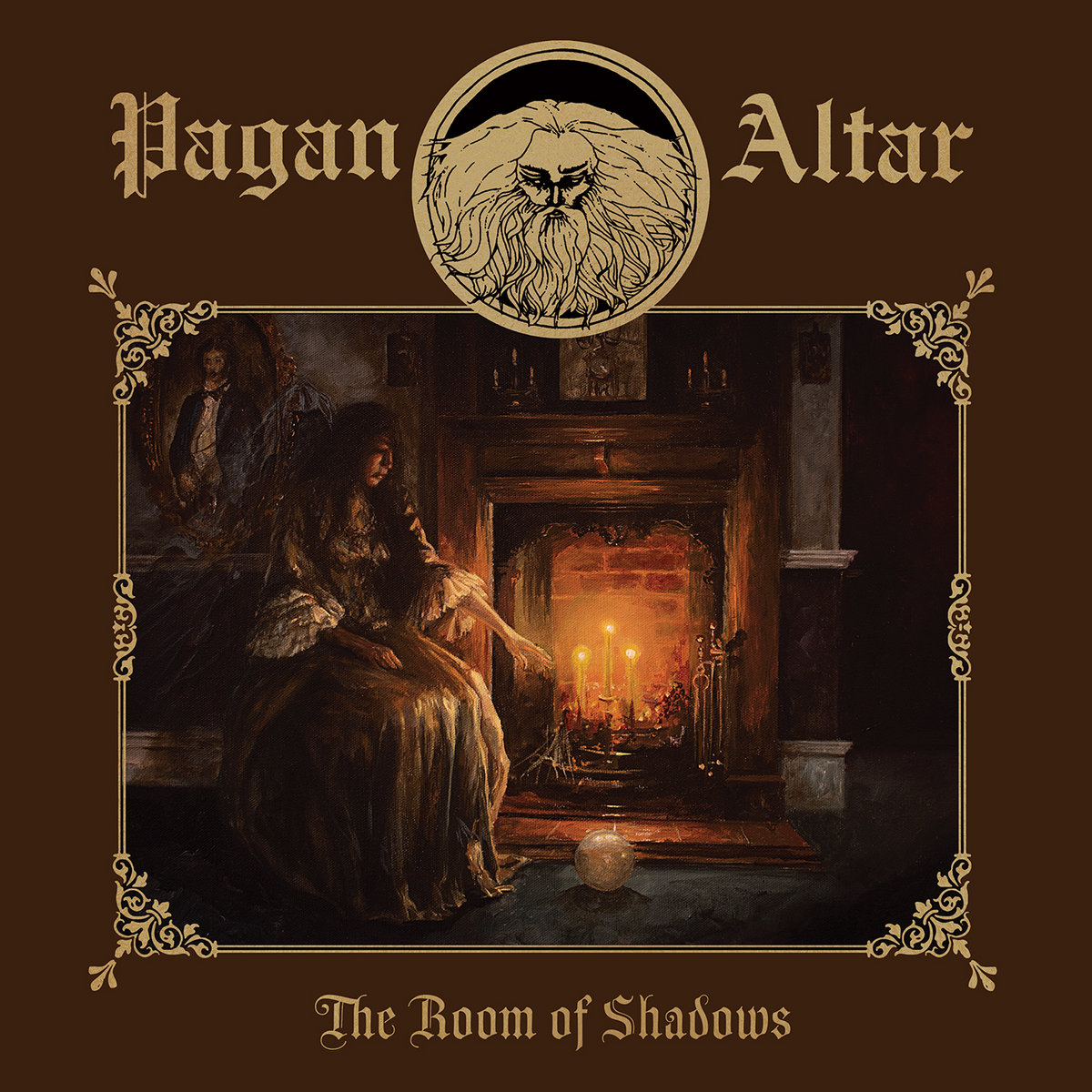 Pagan Altar has been around for a long time, prior to 1982. They’ve put out a ton of albums and been a huge portion of the Doom Metal scene. Their lead singer passed away, and this album is the last that he performed on. The first time I listened to this, though, I didn’t really consider it metal. There are still points that I don’t really consider metal. However, the vocal style is cool, with the lead singer giving it a feel unlike anything I’d heard before. The tempo of the album as a whole is pretty stoic and slow, but it is, by the same token, no Spectral voice. Its higher pitched and decently paced, and much like Lunar Shadow, the more I listened to it, the more I liked it.

The tempo and Terry Jones unique vocals give this band a huge leg up. Its pretty traditional heavy metal, though its classified as Doom Metal. Its catchy enough, and the lyrics are clearly understandable. Its headbanging material just fine, and I like that. It gets points taken off, honestly, for being just a bit to groovy, and less speedy. I want something I bit more powerful and fast to earn 4 horns. I’ll put these songs on rotation, I’m pretty sure, but I’ll likely be skipping them from time to time as well.

Well, that is it for this time. Next time I’ll to these six bands: Maybe you can play along with me!