As with the other XCOM articles, this contains my experiences from the game so will contain spoilers
See part 1, part 2, part 3, , part 4, and part 5 in my XCOM: Enemy Within Discussion
This’ll be the last Post for my Classic-Normal Playthrough! You can look through the Best Of Screenshots I took from the whole campaign here!

The end is here. I can taste it. I have plasma, MECS, and the Hyperwave Decoder. With the building of the Hyperwave decoder relay, I am now able to see what type of ship each UFO is, alongside what type and how many of the aliens are on board.My next mission is simple: Intercept and assault the Overseers Ship. Sadly, the Overseer’s ship is fairly anti-climactic. I’ve fought Sectopods and Muton Elites before, and nothing in this wreck scares me all to much. I would go so far as to say that I might have completely crushed out this mission.

It turns out that the overseer has The (an?) Ethereal Device on his ship. Vahlen has some interest in it, so take it home and she starts some tests on it. Turns out, its some sort of Mind-globe that needs a super-psionic solider to access it.We also have to build a specific room for the damned thing, so I start on that immediately. Unfortunately, I don’t have any psionically powerful soldiers with which to use the Gallop Chamber.
Matter of fact, I don’t even have a single Psionic solider. Probably should fix that. As I work up to it, thought, I get sent on a unique council mission to France.

The setup is simple: It is a re-skinned bomb disarm, but with a longer timer. My team is making it across a bridge that the aliens have damaged, all the while releasing water valves to stop the whole thing from collapsing. they give you a more than generous time limit, and each valve gives you 2 more turns.

I was never worried.

I am racing to find the “bomb,” in this instance a convoy truck with a secret weapon inside. Aliens keep beaming down to try and stop me, but they have no chance. Moving and overwatching forward every turn allows me to really put a cramp in their style. 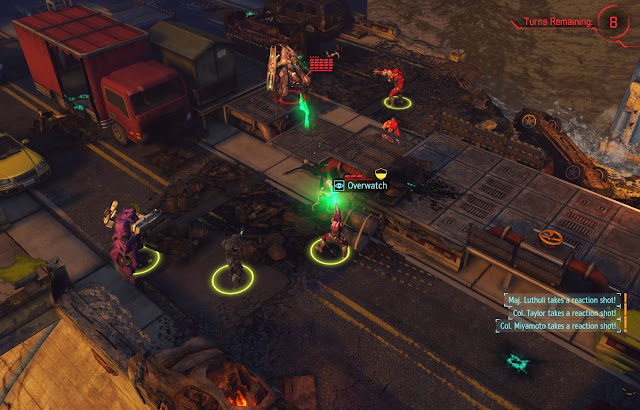 I get to the end of the mission, and out from this container jumps this psychic warrior woman who tries to run, but we calm her down via threats to her life, and she agrees to come back to base with us: With XCOM, she’d get a chance to kill aliens.

I finally get the Psionic Labs done and start testing test her up, along with Undercover, who has the greatest Will stat in the army, and thus a high likelihood of having Psionic potential.

While they are both out of commission being tested for powers, another council mission pops up. Also in France. Annette Durrant, the rescuee from the last mission, has friends that the aliens got to first. Time to negotiate with the aliens for their release.

Once again, this is a moderately unique council mission we have to get to the ship as fast as possible, try and sneak in, and get the hostages out. Of course it never works that simple, and the aliens set up the ships self destruct. We have only turns to plow our way through the ship and set the prisoners free. Thankfully, our troops are up for the task and we bring the three friends home. The Three furies: Alecto, Magaera, and Tisiphone are the trapped soldiers. They voulenteer to assist in the XCOM project now that I’ve freed them. I betcha, if I test them, they’ll all be psionically adept, and they don’t fail me. All three tested positive for psionic abilities once they were ready. Durrant and even Undercover both ended up being gifted as well, and I now havr five squad members who were gifted. I need to get at least one of them up to max psionic level and wearing a psi-armor outfit in order to activate the Gallop Chamber. It worries me, taking them out on missions this close to the end. high level soldiers are valuable, but I have to get them trained up and ready to fight the alien ship that I know is coming afterward. I am careful in my missions and make sure that each one it taken slowly and methodically. I risk no one, but I still have to reload a couple times in order to get the team I want to take to the end game ready.

I am finally ready to use the Gallop Chamber. I send in Durrant, because she really, really wants to kill aliens. 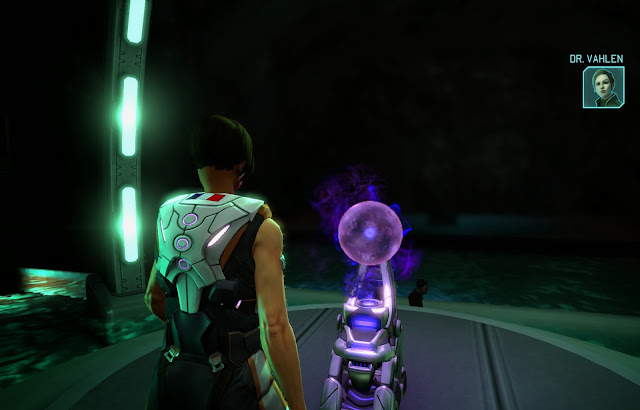 A ship appears, in her mind. 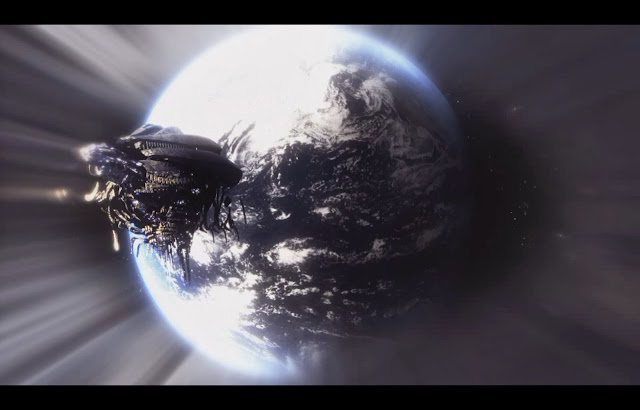 and a Uber Ethereal shows himself. 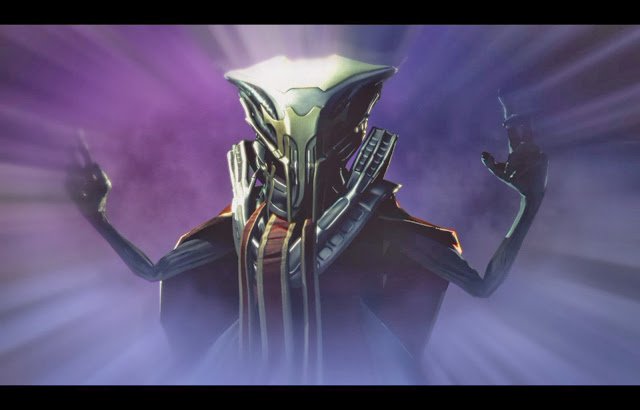 It is time.
The Temple Ship awaits.

This is one of the parts of the game that makes me kinda sad. The Temple ship is a really cool fight. Sadly, though, its a set piece fight that does not change from playthrough to play through. While it was fun, it was less than challenging.

I grabbed my Greatest Team: Durrant, Big Red, Grinder, Bullet, Jaws and Undercover. Undercover and Durrant both have Mind Control. This one is going to be a good day.

We get to the Temple ship, and I know its going to follow a very specific template. I am going to go straight through the ship while the Uber Ethereal tests me, summoning each different type of alien in turn. The first a Sectoids. They prove just about as problematic as you would expect them to, given the tech level I’d achieved. After them, a pair of cyberdisks with drones to repair them. They, too, drop like flies to Bullet, Big Red, and Grinder.

With each new alien species summoned, the Uber Ethereal tells me why they didn’t pass the tests that I seem to have. Secotids are cowards, Cyberdisks have no emotions. Floaters, who’s bodies failed to evolve enough, are next. They, too, are eliminated. As soon as I drop the last one, Cryssalids are summoned. Turns out they are completely incapable of being commaned, but they made damned good weapons. All three are easily overcome. A trio of Thin Men block my way for only a brief moment. Turns out that Thin Men just cannot have psionics. Interesting. Mutons are in the next room. Three Standard and a Beserker. This one takes some brief finagling, including the discovery that a standard grenade will set off a proximity mine. Resulting in 13 instant damage. Pretty useful to take away from this. The Mutons are incapable of independence, and are therefore also failures to the Uber Ethereal.

The next room is where the game has broken down for me completely. The first go round in Enemy Unknown, I stumbled into the two Sectopods. Since then, it has not happened. Its a unique shaped room that is easy to see coming. This run I have three stealth soldiers. Bullet, Undercover and Durrant all set up. Jaws, Grinder and Big Red Prepare to move forward to lay unrelenting fire upon them. Unfortunatly, I guessed wrong as to where Grinder could go, and I alerted the Sectopods to my position. One fires its beam cannon,thankfully missing Big Red, and the other wanders out of sight of the top platform.

My turn comes and I Fire everthing I have from Grinder and Big Red into the one I can see. Its just not enough, so I have to send Jaws in. One down. The the squad on the lower level, the hidden ones, turn their attention to the remaining enemy. While they aren’t able to scrap it, they come close. I was moderately worried here, because Durrant, the Chosen One, was standing next to the Sectopod. Thankfully, it used its cluster-bomb ability on Undercover and Bullet. This bought me a turn to run out of the area of effect before I got hammered. The Secotopod never had a chance.

At the end of the room with the Sectopods was a trio of Muton Elites. I took control of one, and killed the other two.
Again, we get to a position that is uniquely identifiable, and I set my squad up to end the game. With the Uber Ethereal lined to be lined in my sites shortly, I send in the ghost units.

Unfortunately, again, I screw up, and they detect on of the soldiers. The Ethereal moves before I can draw a bead on it. This’ll be the first time I actually fight the aliens in this room. 3 Muton Elites, 2 Ethereals and the Uber Ethereal. Fortunatly, I have a Muton of my own! I take control of another Muton Elite to balance the equation, and after a quick firefight, most of the enemies are down.

And that is when I realized I had a chance to do something awesome. I started running, with a bit of caution, Grinder towards the Uber Ethereal. Undercover gets mind controlled, but she can’t do enough damage in the time it takes me to free her – by killing the normal Ethereal in control of her – to change my plan. I sweep the rest of the room, putting down both standard Ethereals. Sadly, Jaws gets exploded towards the end, but thanks to her second heart, stays alive. I have only the Uber Ethereal left to kill.

Grinders got this.
I pop a few shots into him to soften him up for the inevitable end he’s going to meet: A giant Mecha-fist to the face.

After that, its all over but the Exploding. I get everyone back to base and take a look at my final scores.

Well, that is it for my play through of Classic-Normal. I really enjoyed the new aspects of the game. The new enemies were challenging, but not overpowering, and the missions were a welcome break from the same ones employed in the first. I think I am finally ready for the Ironman run. I know its not going to be easy, but I am going to try it out!