With the 3rd edition of WARMACHINE and HORDES on their way Privateer Press is running a continuous Hype train straight into Lock and Load. We’ve been privy to a massive amount of spoilers, but even these leave plenty to the imagination.

Today, we had our first look at actual models. The cards for the Mountain King, Eiryss 2, the Slayer and the Trencher Infantry were spoiled in their entirety, and there is a ton to digest. Lets take a look, shall we? 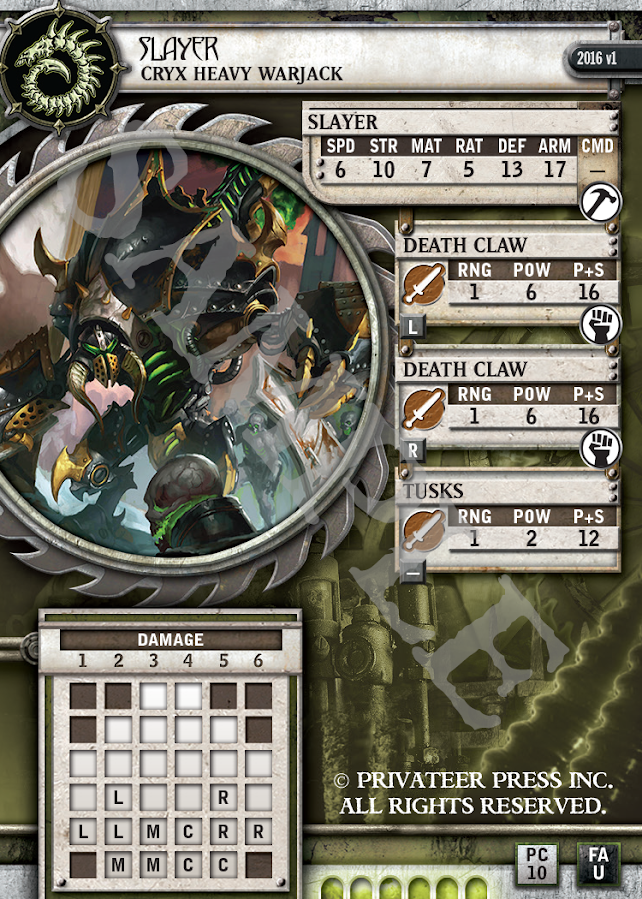 Overall, I’m not terribly pleased with the Slayer. Fortunately, this isn’t a big let down because the slayer in MKII just wasn’t impressive either. Instead, he is cheaper, with a pair of slight buffs. There may be a job for him in the future, but I can’t really see what he does, other than be a cheap, bullet ridden heap of metal. Well, not even that with the Wreck Markers gone. 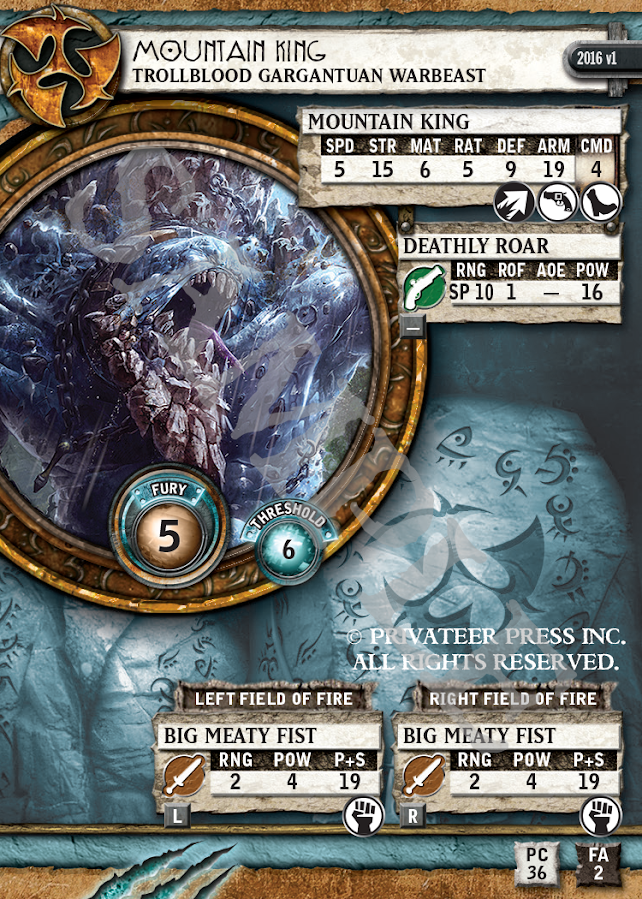 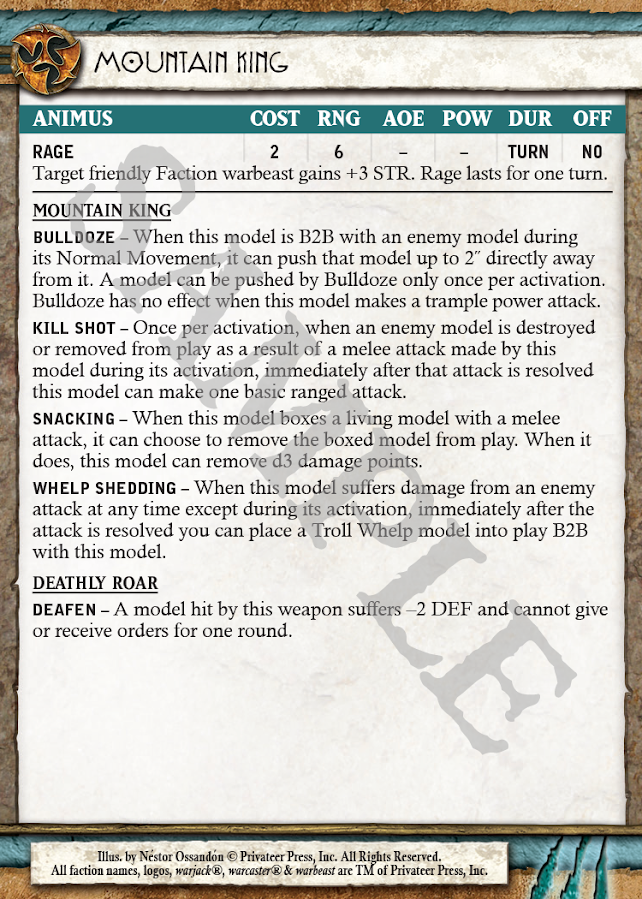 Overall, I love the massive changes to the Mountain King. It seems like he gained significantly in the Hurtin’ department and will likely see many more tabletops. I don’t however, feel that the points cost and power level that he represent have much of a dichotomy. I am sad that you can, fairly easily, fit two of these giant bastards into a list while having some 35 points to play with. That should be two units and two solos, easy. I think the changes befit the most derided of all released gargantuans.

This is a really good transition. This unit was reviled to play against in MKI, where they were the scourge of many an existance. In MK II, they lost almost all of their luster for a very long time, due to being expensive to field, difficult to use correctly, and not particularly effective. This seems to address all of the iniquities from both editions. 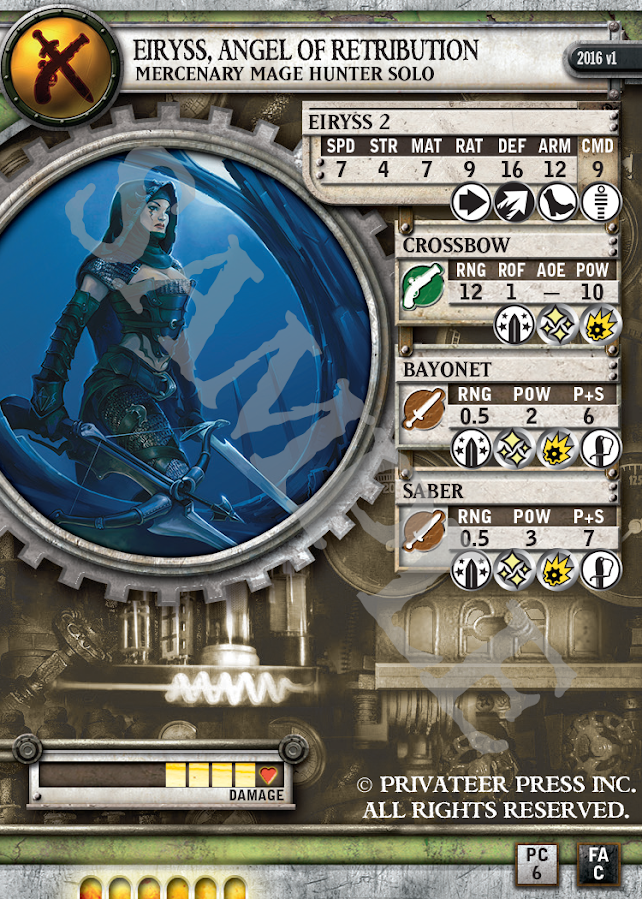 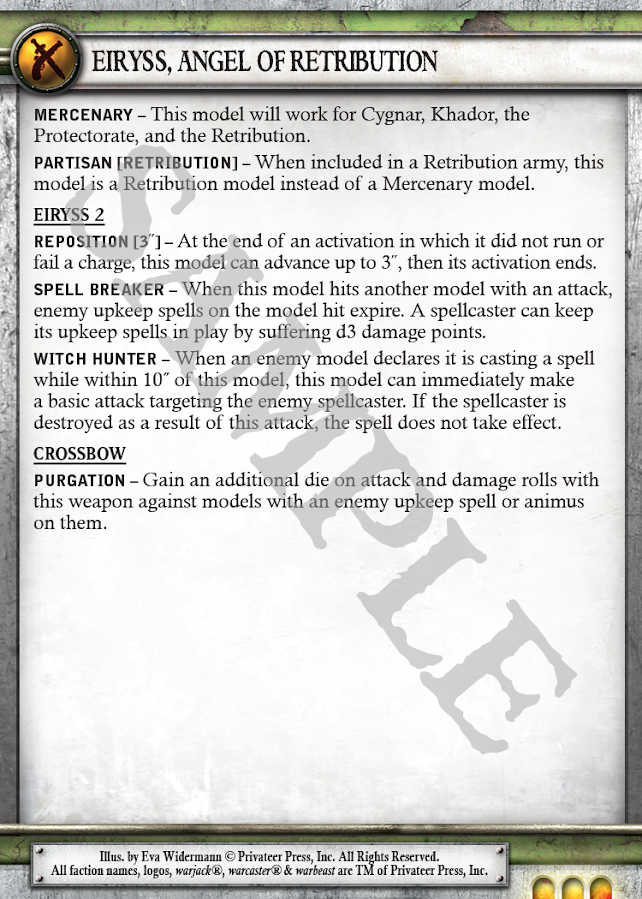 All have date and Version tag int he upper right

I’m pleased with most of the changes, though sadly I see my slayer suffering something bothersome. Hopefully I will get an awesome whatever that happens to hide in the 3rd edition rulebook. Till next time!