Alright. We are almost there!

I’ve put up a table of contents, a road map of sort, to how I am going to write these articles out. If I miss a topic that belongs somewhere else, I’ll make sure to go back, but the list is pretty much in order, and how my logical brain wants to build it. This should be the last article on the first section, Landmass and Vegetation. Next, I’m going to do a whole set of articles on Animals, which I am very strongly looking forward to.

Well, enough of that! On to Biomes and Vegetation!

We left off last time with a pretty small discussion of the appropriate parts of Climate and how it will affect the setting we are building. We are going to build on it this time by taking the same type of pretty simplistic yet detailed approach to Vegetation and Biomes. Though they are rarely used along anymore, they suit the purpose of the article here good enough and get us footing for the next section and beyond – Animals and Humans.

Biomes, classically and for our needs, are divided up pretty simply into categories that are defined by temperature, precipitation, vegetation. This does us a favor and also tends to define soil quality, and therefore habitation, a bit as well. These Categories are:

We’ll look at each in turn in order to look at where they would fall within our defined set of parameters we’ve already established for the continent we are looking at. I’ll get through Tundra, Taiga, Deciduous Forest and Grassland today before tackling Desert, Savannah, and Rainforest next week.

For reference, take a look at the biomes (and a few other minor ones) of Earth here:

One of the important things to notice is that the equator runs through central Africa, Northern South America and South Asia. While Many biomes are located in the north and not the south, it is almost guaranteed that this is because they have not been given a chance, as most of the landmass of earth is in the north.

Lets get to it, starting in the north 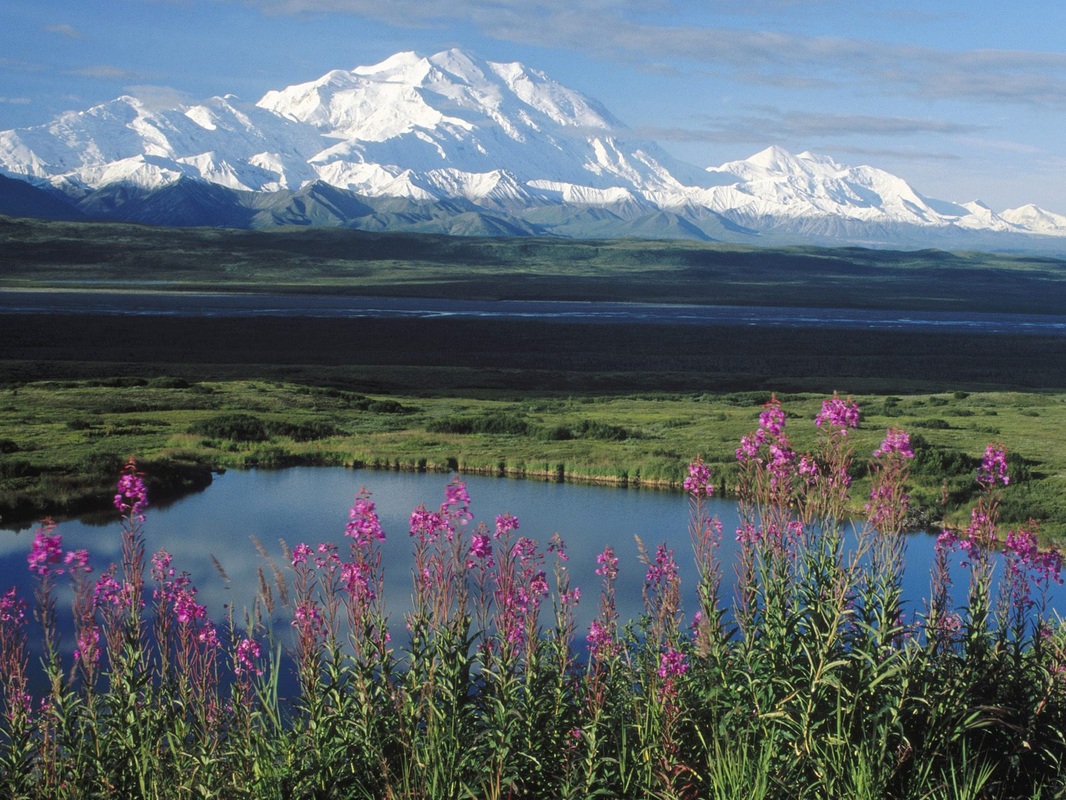 Tundra will be one of the easiest not because it is simple, but because it often has the least interactivity with most fictional settings. While there might be goals and objectives in these regions, its to often too cold to really set up shop and focus on this area. These locations are often above 70° latitude, coinciding with the Arctic Climate.

Though it is cold almost year round, it doesn’t mean a lack of vegetation, especially during the summers, that are often warm and colorful. While these summers are fairly warm, reaching around 54°, they do not last long, only some 6-10 weeks, with a total growing season of around 60 days. This short growing season combined with a near desert lack of precipitation and permafrost, the layer of earth about 10″ or so below the topsoil that is always frozen, prevent large and even most medium plants from thriving. What does, thrive, however, are grasses, mosses, and lichens. Flowers, too, produce in the summer as mentioned, throwing the whole of the tundra awash in color. Along with the summer flowers comes abundant, though generally small,  animal life. Both these plants and animals thrive near the many bogs, swamps and ponds that form from the thawing topsoil, trapped by the underlying permafrost.

all of these limit the capacity of any form of culture relying on gathering or even significant agriculture. These cultures would  often depend on fishing and some hunting for survival. The Tundra is an amazing place, and would serve some awesome adventures

As a sub-category of Tundra, Alpine is, pretty simply, tundra on the mountainside. This is often the case when the mountains of a region progress above the treeline, thus creating tundra-like situations where a tundra aught not exist. These are the tallest and often some of the most brutal, as the tall mountains are home to whipping winds, deep snows and sometimes perpetually frigid temperatures. Few live here, and even fewer desire too.

The Taiga is one of my favorites. An enormous area of unbridled wilderness with significantly powerful seasons and unusual and awe inspiring vegetation and Creatures.

The Tundra is cool most of the year, with wild swings in temperature throughout. Summers can reach past 85°, and winter can drop as cold as -65°. The Summer and growing season are short, but not prohibitively so, as the arctic is. The growing season, depending on latitude and location, ranges between a brief 80 days all the way through 150 days. The summer is a good portion of that, around 60 days, though sometimes as short as 30 and as long as 120. This longer growing season, lack of permafrost, and middling precipitation year round promotes the growth of cold resistant trees and other plants of many sizes. Most common among these are the evergreen trees, specially adapted to this type of weather and able to slough off the heavy snows of the winter without snapping. Below their protected and closed canopy of needles is often a continuous undergrowth of mosses, lichens, and small berry bushes. While these coniferous trees are the most prominent aspect, there are plenty of clearings with shrubs, smaller trees, and wildflowers scattered about as well. Additionally, further south, the conifers join with a few cold tolerant coniferous trees and become mixed woodlands.

This biome has a ready made civilization to thrive in it: the Vikings. Raiders from the north who depend on farming and livestock, but also supplement their lives with the loot garnered from others. The longer growing season allows them to commit deeper to agriculture, and the larger variety of animals allows husbandry and livestock to exist for peoples of this biome to supplement their plant based diets. Creatures, even humanoids, from this area, are often hardy, practical, and in touch with nature. Without being so, they would likely perish from the earth.

Deciduous Forests have the distinction of being, essentially, the western view of how the natural world looks and feels. It is hot in the summer, reaching upwards of 90°, and cold in the winter, often hitting lows of 10° or lower. The growing season is long and often wet, as the precipitation of the region continues year round, without a distinct wet/dry cycle.  Seasons are easily differentiated and fairly equal, each being around 3 months, long. The growing season lasts from mid spring to mid fall, encompassing nearly 6 months of the year.

The most common plant life is the deciduous tree, one in which the leaves fall off during the winter to save energy. The undergrowth in these forests is often significant, with smaller trees, bushes, shrubs, ferns and other plants consuming much of the ground. The nature of the trees leaves room for Early rise and late staying plants that are able to take advantage of the sunlight that peaks through during these more difficult times for the trees.

This biome seems specifically built for humans, and by extension, humanoids, to thrive in. It has mild weather with spikes in both directions, but generally is tame. It has strong, rich soil once you can access it, with plenty of open spaces, meadows, fields and other breaks in the generally continuous forest to exploit. Edible plants and animals abound, creating a wealth of options for societies to exploit.

Larger, Old Growth forests, are even more diverse and exotic. With huge trees stretching up for up to a hundred feet and sometimes nearing 1000 years in age, these are the forests that existed across much of Europe and North America before Civilization discovered ways of clear cutting much of the trees for logging. Thriving among the tall trees and great expanses of canopy are a plethora of animals and plants the likes of which we don’t get to see in the new forests of our time, but were common to our ancestors.

This type of land, associated with temperate and wet climates, is often the first type that many think about when they speak of forests, even though the Taiga is larger, more expansive and more common. It is often about our experiences more than anything! 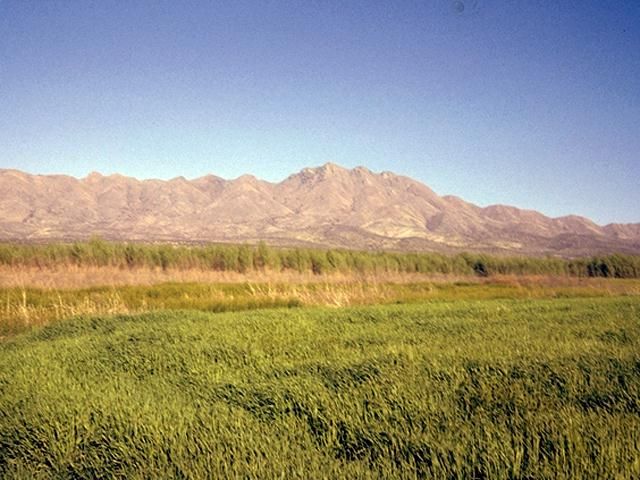 Grasslands are a distinctly non-European biome. Starkly bare of trees, often with grasses reaching higher than 6′ and sometimes as great as 11′, this biome is impressive due to its immensity.

Grasslands, unsurprisingly, support a wealth of grasses. Due to their general lack of precipitation, they often have dry yet fertile soil that suffer long droughts making the region incompatible with the growth of large trees, instead promoting shrubs, short trees and other smaller plants that don’t depend on the rain as significantly. Grasslands also tend to be pretty chilly, with the long summers barely cracking 70° yet easily drop to -35° degrees during the cold winters. Fall and Spring are uncommon here, with the seasons being a much greater shift, often with just two seasons: Winter and Summer. The growing season lasts a vast majority of 6 month summer, allowing a wide variety of crops to be planted and harvested to create a viable agriculture.

While the farming in the grasslands is excellent, there can be problems with continuous, unabated exposure to weather as well as problematic droughts. When a society conquers these hindrances, though, they quickly grow strong as they can farm, hunt and make war with proficiency.

Join me next time as I take on the last three and apply it to the map I’m building, and then the following week as I discuss how the map is shaping up!