Today, the journey through the metal of 2017 continues! While the last two articles were peppered with sludge and Doom, this week we hit some of the lighter, less suicide-inducing metal genres! come on in and enjoy!

Last Month gave the preview of what was coming, and I was excited to get some of these bands into my ears, as they are very solid as examples of the metal styles I like.

Here we have a bit more of my traditional metal appetite, showcasing Thrash, Prog, and Heavy metals, with a big of Death Metal tossed in for good measure. Let’s take a look at how these were listened too.

After the last two posts of grinding, meaty, heavy sludge, this album started off feeling close to the same, but in short order defined itself as something clearly different from the other albums I’d listened to recently. While the album starts off similarly to the first weeks in term of vocals, the sound of the band is much cleaner, clearer, and comprehensible, which is something I’ve harped on other albums here for. Starting with Track 2 (Executioners Axe) it really gets started with the type of metal I enjoy, with a steady, heavy hand and clear vocals. To me, and maybe I’m way off, but it feels very Ride the Lighting-esque with the vocals, and that is perfectly fine with me as its one of my favorites. The tempo even hits those manic, frantic ranges that I really like. It’s a good album, I’ll give them that.

Notable Tracks: There are two that stand out from the rest to me. Swing of the Axe (Executioners Tax) and Crucifixion. Both of those are worth a listen.

While its clearly better than some of the other three’s out there, I think I was gracious in the first sets. Some of those albums were things I never want to listen to again. This album, though, I really liked the speed, tempo, and grinding guitars. The Vocals, while a bit on the screaming, yelling side, are better than many I’d heard so far. It’s a solid thrash album, but It’s not something I’m putting on repeat or screaming from the heavens for other people to listen to.

Decapitated has that choppy, pounding, brutal sound that I expect and want from Death Metal, while also really embodying the type of vocals I desire from the genre. It’s not growling, grumbling burbling, it’s a clear and harsh sound that breaks through the music to stand on its own. I really like how It asks me to headbang with it, providing that clearly metal feel, with a haunting, ethereal-meal sound that is pretty unique, all told. A good, solid band and a fun metal album that I don’t dread listening too is going to get me pretty worked up after our line up so far!

This one is hard to give a four to because they just don’t have enough songs I want to take home and rock out to. Its a good, solid band that is fast, powerful, and grumbly, with enough elements in it that I enjoyed listening to it, but I can’t give it anything more than a pretty solid rating. Very little makes this stand out from a lot of the other metal I’ve heard.

I have a very, very soft spot for the long, soft lead into an album that crescendos into a speedy, hard track to kick off the album. This one is not that one, but the lead in was cool none the less. The Growling here is tolerable because I can understand what he is saying and where he is going without taking an hour to figure out what is happening. The rest of the album swings between progishness, heavy metal, and pure death metal, but all punctuated by that clean growl that doesn’t both me so much as I thought it would when I heard it on the opening track. The album pushes through to the end with solid songs all the way through. Again, though, the album leaves itself open to sound like much of the other metal I’ve heard other places, without it really providing that standout sound I’d associate with an Album of the Year, which this was considered for.

Notable Tracks: The Rivers Mouth, What Else is There

Surprising no one, this also gets a fairly average three. While I heard a ton of different genre’s in this album, its Progressive Black Metal tag really fits, but that just isn’t my preferred style of metal. Its got a pair of good tracks but otherwise is pretty standard fare. 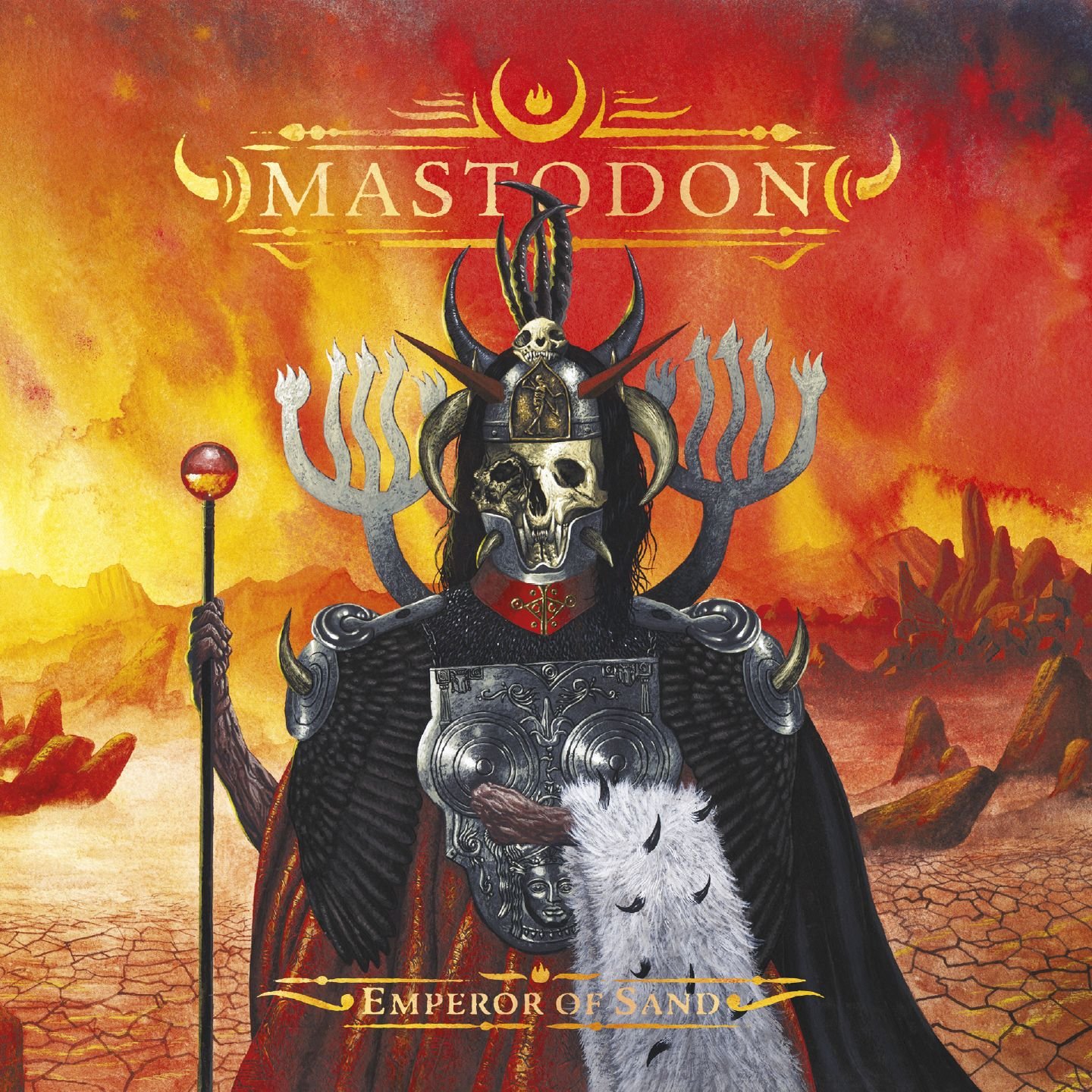 This album on Sam Dun’s Album of the year, and honestly when I first heard it we both had the same reaction: Meh. It was a good enough album with a bunch of cool and interesting songs, but it wasn’t either early or late Mastodon, both of whom have a very different feel to them. While Sam kept reaching for this album over and over again after it debuted, I did no such thing. However, on a second listen, it wasn’t a terrible album, and likely doesn’t deserve the scorn I gave it at the start of the year. Its got strong prog roots, with clean and clear vocals that I really like, almost all of their tracks are fast paced and memorable. Its clearly Mastodon, and I was clearly wrong to dismiss it, but its, not something I would call the best album of the year. I have reached for it more than once, however, since listening to it a second time and it’s clear that there are some specifically superior songs.

While it’s not the best album of the year, or I hope it isn’t given its measly 4 metal horns, it is clearly the best album I’ve listened to so far this cycle. Its good, it’s well paced, and its songs stand out as powerful metal that I really enjoy. There isn’t much more I can say about the album. It’s good.

Man. Clear, unadulterated Trash straight from the 80’s and 90’s. It is fast, strong, with powerful with vocals and a blasting drumset. This is such a refreshing diversion from the same styles of music I’ve been listening to. On top of all that, it’s a strong album itself, one I am likely to reach to, if not for every song, than for a number of solid songs I enjoyed rocking out to. A lot of the lyrical content is pretty basic, but that doesn’t matter so much as the music matches up with the lyrics to give me good, solid, Thrash Metal. I cannot ask more than that.

Clearly, this album is a strong thrashing album that stands out from many others. Its a bit Hair-ish and a bit anachronistic, but its still good. There isn’t a whole lot of finesse or mystery to what is going on, but its great to listen to with some awesome lyrical lines. Definitely worth a shot. Who can’t be drawn to an album titled Burn the World? What I wasn’t expecting when I popped these songs in was to be really, really impressed by a band named Portrait. The opening is strong – who doesn’t like organs and leads into a powerful, fast, thrashy song that keeps going end to end. The guitar just rages on, and the lyrics aren’t trash, though they are a slight to high pitched for me.  They are sparse, though, and the main component of each song is the strong guitar work, and hammering bass. I really, really liked this band, and am probably going to dig up some of their back works. The outro, though, is awesome. I love the final song in the album and really want more from then akin to it once it really gets started.

Once again, it’s a good album, its very thrash, and it accomplishes what I want in an album with speed, vocals and heaviness all in the correct ranges, though it is often more galloping than racing, and I like the racing a bit more. Its good, though the tracks are all just a touch long, making sure It doesn’t really come to a 5 horned album.