In case you’re not up to date with Monster Hunter Lore, and I sure wasn’t when I started, I figured I’d help a little bit.Monster Hunter has been a very popular game for about 14 years, being released first for Playstation 2 back in 2004. Since then, there have been four additional main games, with Monster Hunter World being the 5th. In each game, the players and the story represent a fleet of ships setting off from the old world to the new. Every player in the game is a Fiver,  a member of the newest fleet to show up on the new worlds shores, attempting to make sense of the Elder Dragons in some way shape or form. There are tons of support characters and friends and people to interact with, but none of them are really compelling. Even their lines are short and terse when spoken, though there may be plenty to read. That is about it for the story.  There isn’t much that I can find, the characters are bland and fairly boring and there hasn’t been anything to drawn me in. That is fine. I don’t need a story to get involved in fighting big, complex bosses.

ThieCharacter you choose has a pretty customizable face and body, though often it won’t matter because you’re looking at your characters back most of the game. He’s mute as far as I can tell, though none of the other characters treat him as such, and ask questions that your character answers in grunts, gestures or nods, none of which are extremely compelling. they have two companions, their handler, who I don’t think I ever got a name for, and their Palico, a small cat person who battles monsters with the player.

Both the Player and their Palico can have custom forged Weapons and Armor. Each of these must be crafted in the forge by combining the parts of slain monsters. This can take the form of scales, horns, eyes and the ever favorite tail. Many of the armors look different and have different stats based on the monster they are sourced from, so there is some solid dress up and decision making  that can be done to make sure you have the right tools to fight the right monsters at the right time.

These crafting trees, though, they are pretty intense, and at the point I am, I’ve not been able to figure out all the parts left to make some of these weapons. We’ll see what happens as I keep progressing. I expect that it’ll be revealed in time.

one of the most interesting parts of Monster Hunter is that you’re able to chose your weapon from the start of the game, and simply get good at that weapon over time. Unlike many other games that have weapons with distinct movesets that you discover over the course of the game, Monster Hunter gives you the very simplest for of every weapon in the game right from the start. There are 14.

Each of these weapons is unique in its moveset, as I mentioned, and is also available right from the start, along with a training ground to work out which of these you’d like to give a try to. I was set on using the Lance and Shield from the moment I booted up the game, but it just wasn”t what I wanted for this game. The first time I went out into the wilderness, I was eaten by a bunch of lizard-beasts, it wasn’t even really a challenge for em.

Next, I picked up the hammer, which seemed simpler but also more effective. I went out on my very first hunt with the giant thing, and it worked, amazingly. It took me around 400 years and the assistance of some really dumb AI work, but I was able to defeat the Great Giros. That, though, was the last time I wanted to use a hammer in the game. I needed something with more finesse and pizzaz. I needed to be able to interact and perform different moves and make sure that I was engaging with the monster and the game more often. So I picked up and tried out the Insect Glaive.

This was a weapon I could get behind. 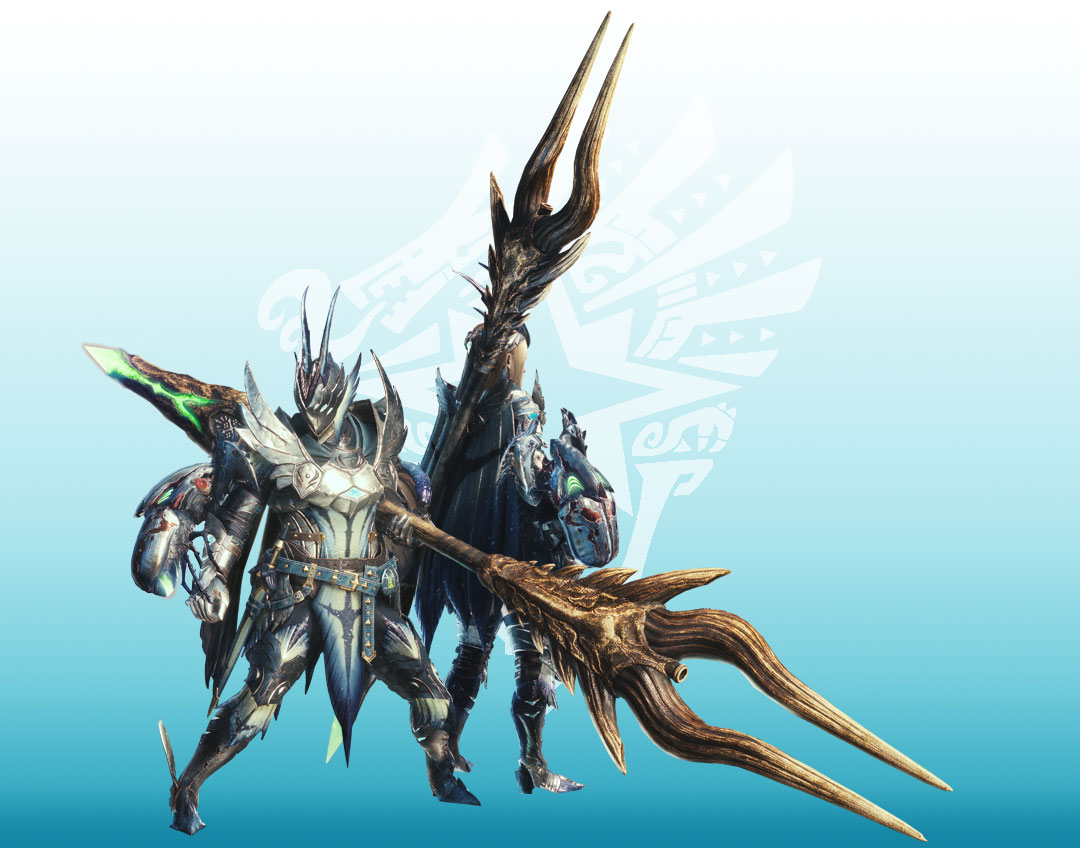 Its a one or two bladed weapon, depending on the monster parts you’re using,t hat comes with a friendly insect to strap to your arm. You actively, through attacks or direction, send the insect out to gather the essence of the creature your fighting and return to you which will give you a bonus in combat: Speed, Healing, Damage or Armor. Its fast enough that I can make significant attacks on a monster with it, but also powerful enough that I don’t feel like I am ages behind the damage curve.

Additionally, the Glaive is the only weapon that lets you get airborne. While airborne, you can attack a monsters back and, after it has sustained enough damage, mount the monster and deal a huge amount of damage to it if you can follow the attack prompts and brace prompts. Making sure to brace is key to successfully completing the mount and dropping the monster to the ground. afterward to allow everyone to wail on it for more than a moment.

Now, with a proper weapon in hand, I’ve managed to take down a number of monster,s, ranging from the Overgrown Lizard called the Great Giros, to the Ice Dragon Legiana. I’m looking forward to a ton more gameplay and getting to fight more and stronger bosses.

If you play and are on XBOX One, feel free to add Seething Ginger!