One the final playtest of the Malifaux Wave 2 beta finished up, we got the final cards, and now, we are a week into the Avatar beta test.

This is a make or break period, I think, for Wyrd. These Avatars are models that people have purchased and put a lot of effort into, or that languished on the shelves because no one wanted them. They now, with this test, have the chance to bring all the Avatars into line and create a fun, cinematic experience that everyone will enjoy.

The small amount of discussion I’ve had here indicated that they are not as on target as I would hope. After two full beta tests, I expected a better initial delivery. There have been some obvious oversights that I would have expected them to catch.

Maybe I am being to harsh on them. I don’t run play tests, and I don’t generally try and break a game. Instead, I like the game to conform to my idea of balance within a game. That is something that’s actually really hard to do, and I understand that from the get-go, but I think that as gamers, we think ourselves a smart bunch and expect the game designers to be of the same cloth.

When Crazy interactions pop up, It gives me little hope that the game designers are paying attention. Lucas McCabe can somehow get 15 actions in a single activation. Then there is the Sacrifical Manifestation issue with Outcasts. Maybe its supposed to be a no-cost manifestation on turn 1, but it seems wonky.

My three avatars are pretty tame in my first glance at them. I’m probably missing something, honestly. Malifaux, or any game really, is one that I have a hard time managing to see things before they are on the board. Its taken a very long time for me to become comfortable with Cryx in the method I am.

I look forward to picking up Perditas Avatar one day, and trying her out. Lucas I have mixed feelings on, and I just have to try and figure him out overall. McMourning, however, I have high hopes for. His Guild Avatar is pretty cool, with some 6 actions a turn, and the ability to fly around the board with Scalpel Slingin’. I really wish I knew what cool guild models would make him hum, but I am so bad at building crews I just don’t have the closest clue.

Lastly, I’ve been doing a lot of painting lately, and that’s got a neat little concept of a Model Spotlight post brewing in my head. I can always just post pictures of my painted models, but It might be nice to take a post to lay out what I want to get from the model, along with why I painted it the way I did and my general thoughts about the model. Should be fun times!

OK. Wait a minute here.
I have to come clean: I’d only seen images of Perditas avatar on cover art and what have you. I’d never actually seen the damned thing until I went to grab some pics for the article.
That thing is fantastic! I now have a very vested interest in getting and playing that model as soon as my poor self can do it! Man! I’d just assumed that there would be stumpy wings and a lame looking face. Instead I get a really fantastic model. Painted here by Viruk of Independent Painters. 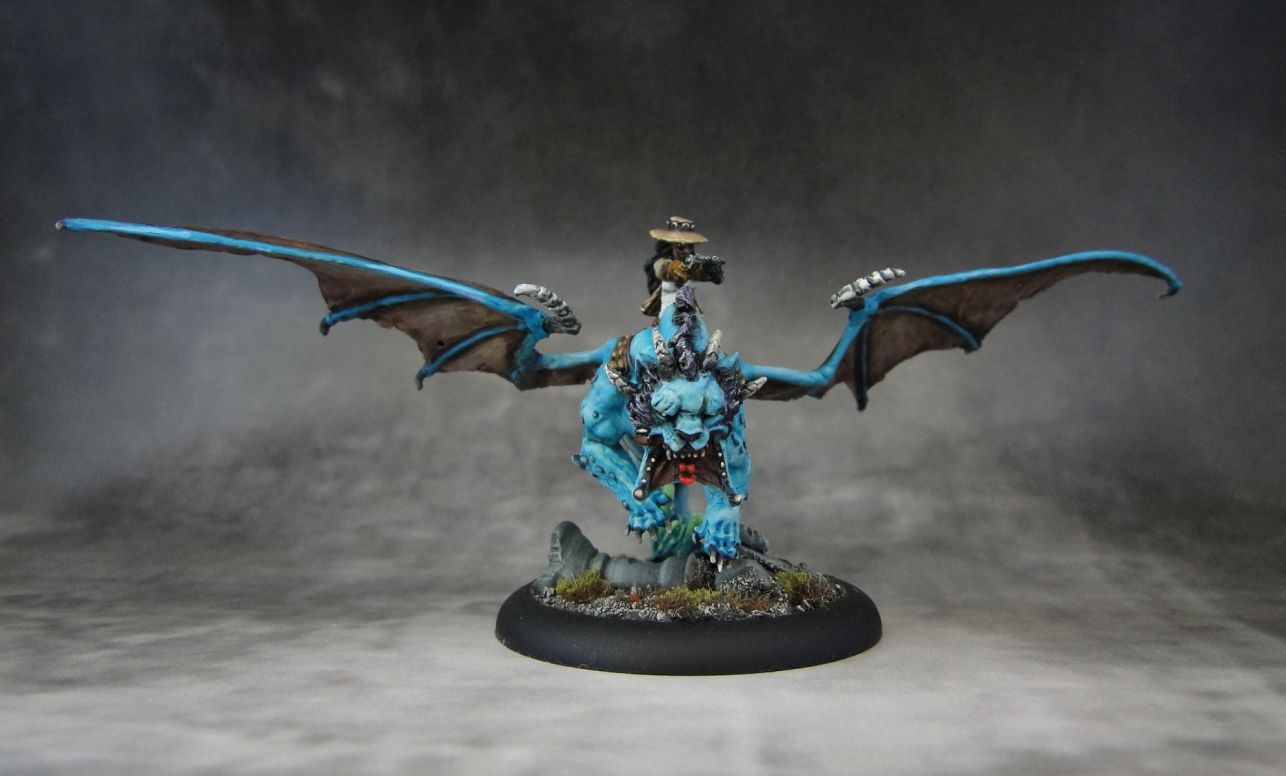