During the first months of me starting this up, the Second Reaper Bones kickstarter went up, and I bought into it, thinking to get a bunch of cool new models for my D&D sessions, as well as just an awesome variety of models which to paint. Now, that box has come in, and its ready to get rocking! 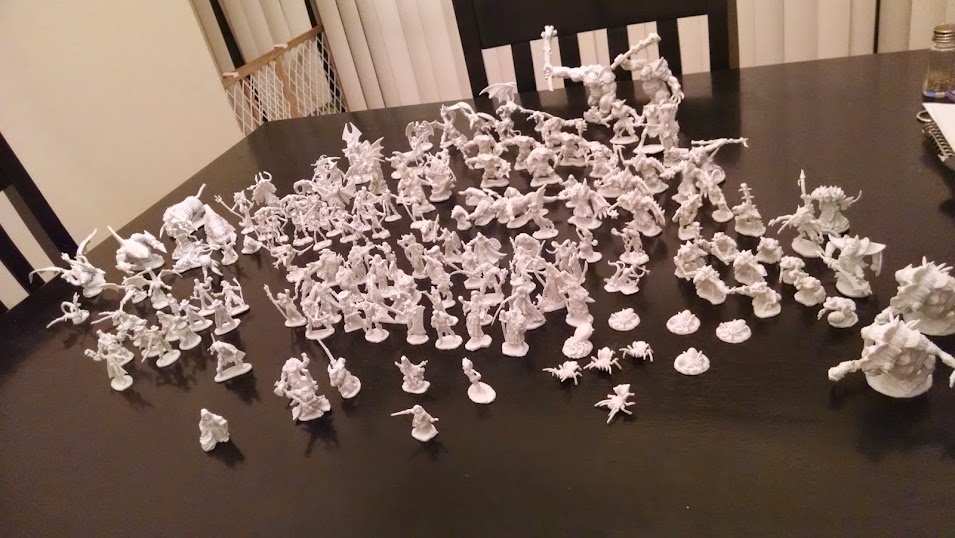 Last time, the models came in a pretty unmarked package, this time they came in a nice, glossy box, ready for retail. While I like the “unfinished” look of the last group, I can’t fault them for wanting to look more professional. This group of models, compared to the last bunch, sported more bad guys and humanoid enemies for my players to fight, and I was really pleased with that. 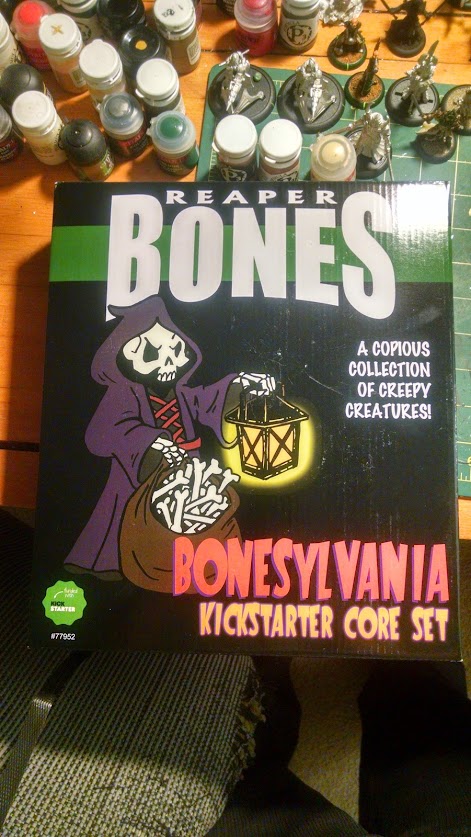 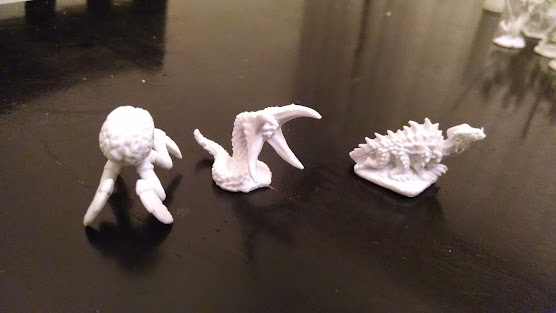 Two Extra Giants I picked up for my elusive Against the Giants Game I’ll run some day. 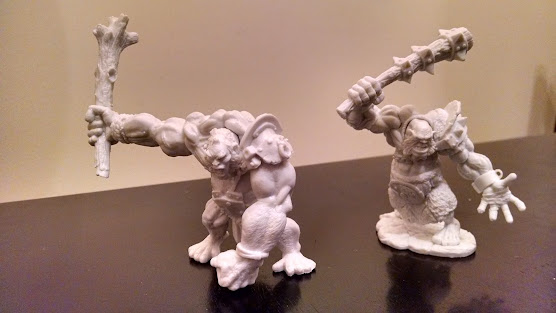 A tribe of 7 Bugbears 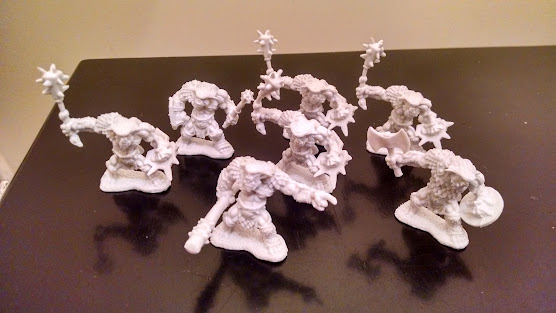 A tribe of Gnolls 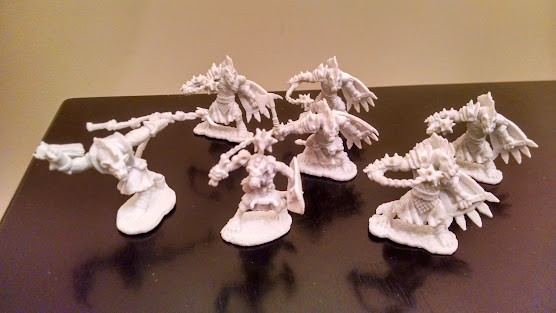 I bought an extra pack of Swampdwellers, because they were extra cool. Frogmen, Turttle men, and an enormous Swamp Troll 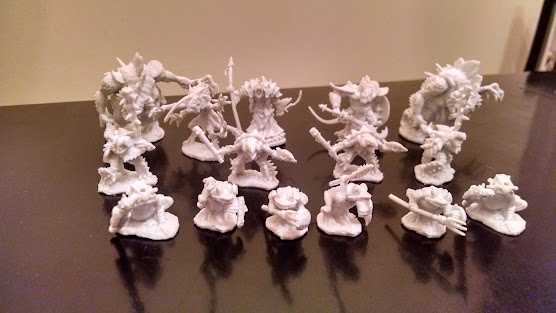 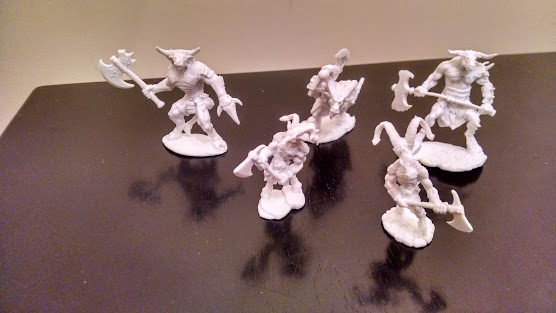 A set of undead of all sorts 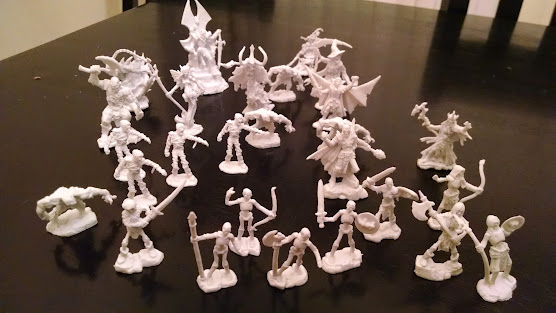 A small coven of Demons 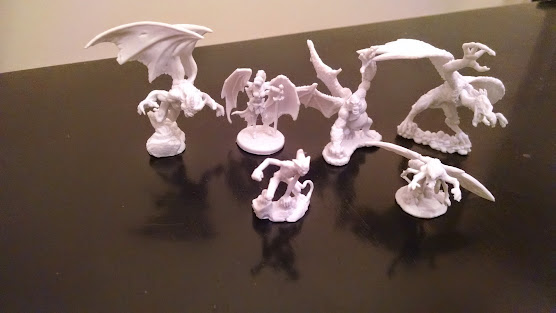 A group of Early Western Guntoters 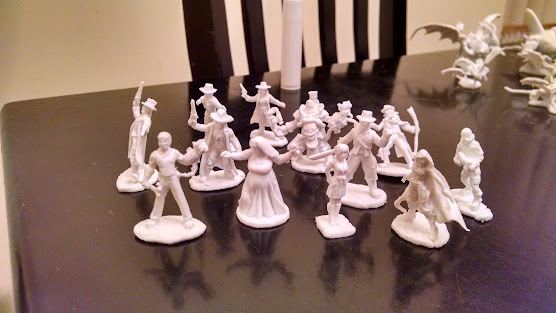 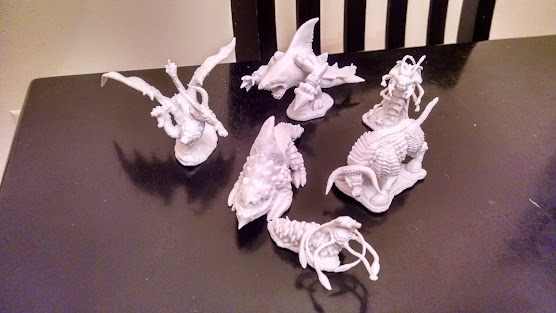 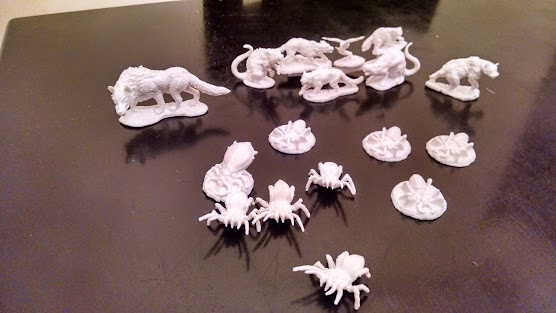 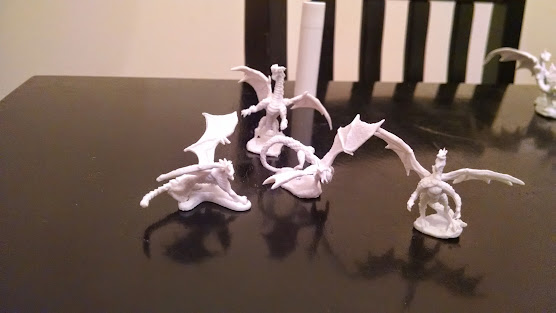 A set of Heros and Villians, mostly humanoid, 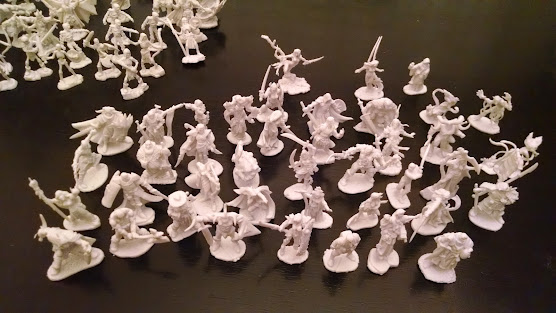 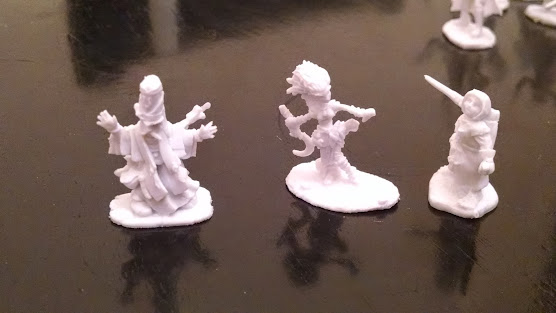 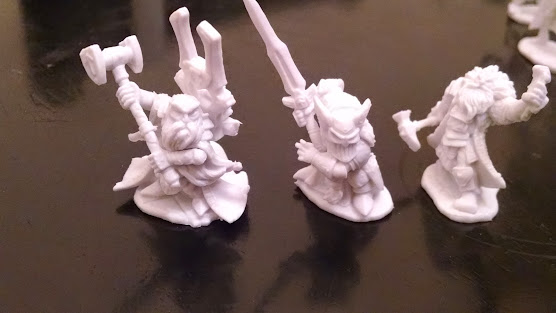 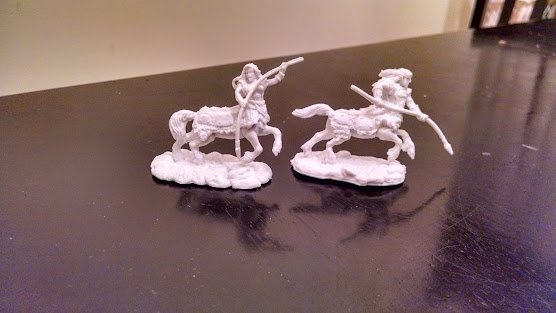 I was not particularly excited before today, but seeing the actual models gives me tons and tons of ideas for characters, bad guys and stories. Now that I have them, I am also excited to try and start painting more of them. though some of them (like the centaurs above) need a little heating and love in order to get their weapons, legs and limbs to the correct position, they are very well detailed.

I will say, though, that models like this are particularly hard to paint. I’d never really understood what soft detail v. hard detail was until I had tried painting a few of the earlier bones I received. What I noticed was that the models did, indeed have softer detail than the models I was used to. What that meant in painting terms was that all of the details, while looking sharp, and looking like it had an edge or crease or depression, instead were rounded and shallow. That means that it looks perfectly fine on the model itself, but is very, very difficult to paint. Drybrushing fails due to not having a god, sharp edge to cling to. Inks and Washes fail due to the shallowness of the recesses and creases, and you have to rely on either strong accent highlighting or very, very good blending in order to get a good looking mini. This means that I have to take longer than I assumed in order to get a good model, until I figure out how to paint these Bones quickly. its a strange world to live in, where painting a shirtless barbarian takes longer than painting a hordes Warlock.

I am also interested in working with them because they are sold as paint-ready, needing no primer. This is… suspicious to me, and I don’t trust it, and haven’t really been able to get over the fear of the models not coming out correctly if I don’t prime them to try it. Now, however, I might use them as winter paint projects, because it is extremely hard to use spray paint under 60 degrees outside. I’ll be trying it out eventually, just to see how it comes out and what it looks like afterward. Now that I have my second go round, I am going to be getting back on the Giant Painting Bandwagon. I’ve “only” got 10 more to paint.

I’ll be bringing them to D&D next week, seeing if anyone has a character they’d like to have represent them, and probably take a crack at painting them too. Tuesdays session was awesome, and I look forward to picking up some of these bones and using them against my happless friends, as well as painting their miniatures to look awesome!

Oh, and just in case your wondering, this is what 2 kickstarters worth of bones looks on the table.

Its massive, glorious, and sadly has only 8 painted models! 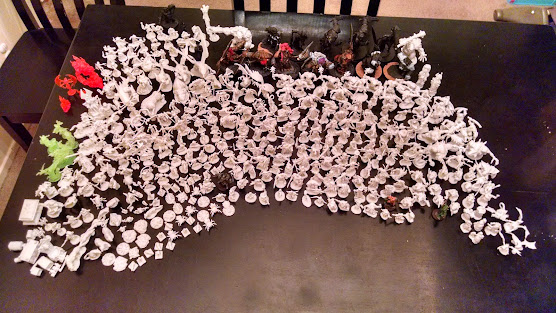