I’ve never really been one for converting my models. Ages ago, in the halcyon days of 40k, all the models were plastic and making them look unique, while fun, also means that you had a billion part model that took ages and ages to assemble. Assembly isn’t my favorite part of the hobby, because it eats away at painting time, and no one likes that!

I’d never felt I was innately skilled at sculpting, unlike some of the other pursuits in hobbying, so I had never really tried anything incredibly complex. That changes when I bought my first, metal, Centurion for Cygnar. I hated both his spear and his pose, and felt that his model never matched the glory of his artwork.

I resolved to make the model look at least a little bit more like the art, even if it was just the majesty of it and not the pose. To that end, I bulked up the shield and then used a brass rod for the spear haft to extend it. I thought it looked good, and it looked better painted. 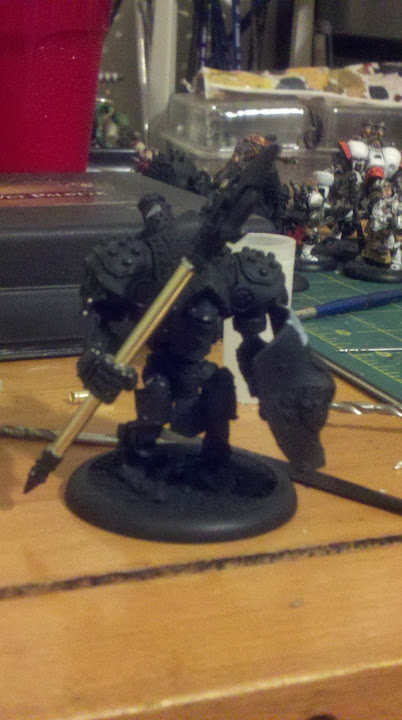 That lead, after a long, long while to my Bane Spartans, who I’ve already spent some time writing about. The success and, I’ll admit it, fun, of those conversions lead me to seek out some other units that I thought I’d like to see modified. The big, huge glaring light was that of the Nyss hunters. I love almost everything about them except for their over-sized heads. I felt that their massive domes would get in the way of everything, and, even more egregious, that they would not be fun to paint, and I want to have fun painting.  I started looking around and found some good heads, though not many of them, and a good set of weapons.

Those weapons, by the way, I bought off of Shapeways. That site has some fantastic parts for models, from heads to weapons to arms and torsos, all modeled by people like you and me, and then 3d printed and sent to the customer. Its awesome.  The heads Were helped along by a friend of mine who had an army of Fantasy Wood Elves, and was sitting on a huge stock of ones I needed. After a bit of cloning, hacking and chopping, They were finished. 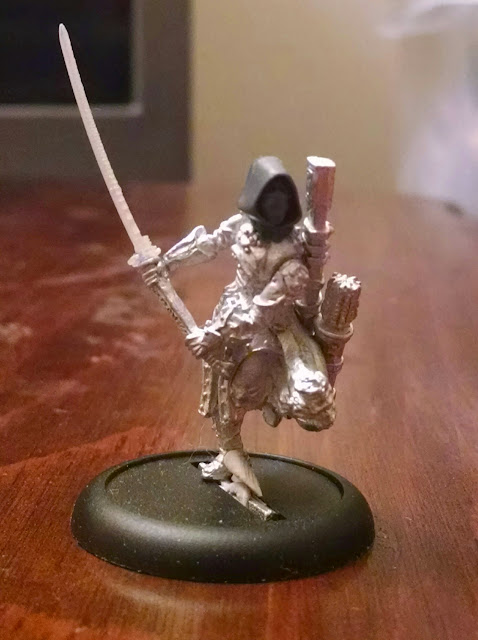 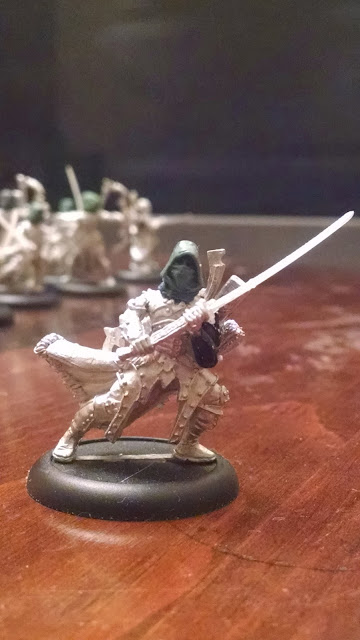 Now, I had Spartans and Ninjas. I was pretty happy.

Except that I still had this bug, it seemed. Something within me would see things that I once thought were perfectly fine, and I’d decide I wanted to give them my own touch. Bane Riders were the next up.

While looking through a ton of sites for ninja-like heads, I kept coming across Samurai heads. Each time, I got more and more convinced I needed to do something with them. Eventually, I settled on Bane Rider Samuari. I would do a simple swap of their heads and weapons and call it a day. Much like my Bane Spartans, these heads ended up being much, much more complicated than I wanted them to be, but I ended up doing just fine, I think

However, since I am going to try and trade my assembled models for unassembled so that they are easier to convert, I have not been able to get at the bane riders with a dremmel or a knife to see if the heads actually fit.

To go along with the swords, I also bought some giant Katanas. They are larger than normal, which works because the Bane Riders are so large. I’ll be swapping these in when I get my new unit. 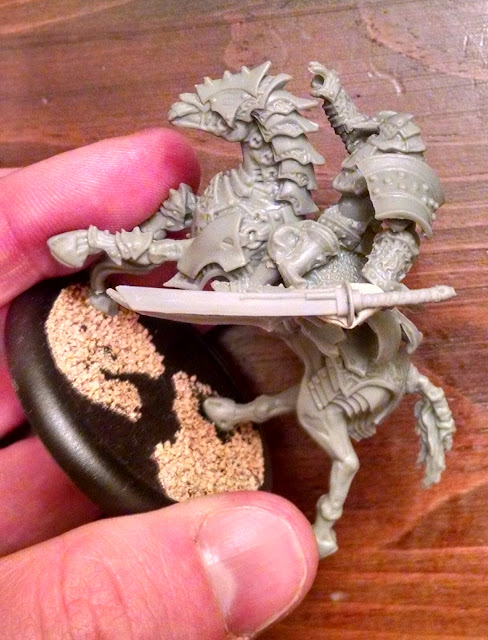 I think I might even add flags to the their backs for that little added touch.

Sadly, though, even this was not enough for me. I needed more. The thought came to me, though, when I was digging through my bitz box and located a head of a Bane Knight that I had gotten with my unit. It was a pot helmet that seemed like it would fit on pretty much anyone. Fortuneatly, or unfortuneatly, if you these poor fellows, There was a unit of Steelhead Halberdiers in front of me. The helmets were almost exactly the same! I just needed to do a straight swap. 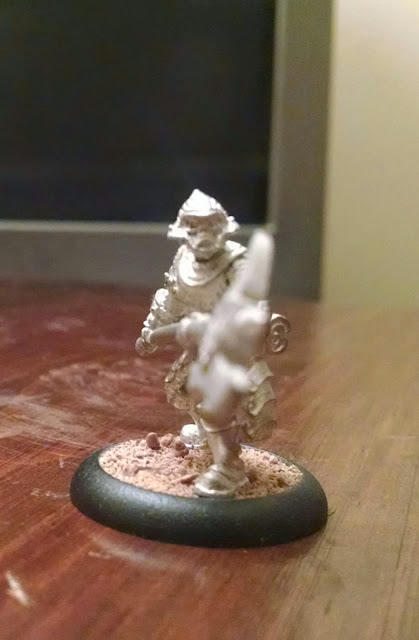 However, that wasn’t going to be enough. I deffinitly have to add more cryxian flair to the models. I figured that a Bane Thrall axe head would do the trick to replace the halberd. 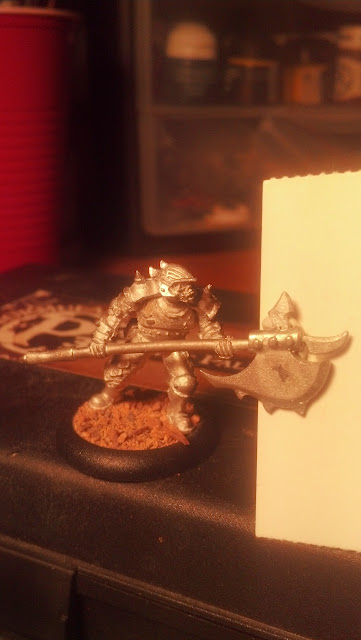 So, I have  a pretty full stock of models I need to get converted and painted up. I might even have some little bits and bobs that I need to add to the Halberdiers before I finish them off. I also think I want to do a cool, neat base for the Nyss. Oh, and that Totem Hunter conversion in No Quarter is amazing, and the skorne one looks like it could be insanely fun to paint!

If anyone has some suggestions about models in the Cryx, Merc, Skorne or even Cygnar line that could look cool converted up, let me know. I think I’ve got a few ideas percolating around in my brain, but its extremely hard for me to pull them out.