Gencon is like Nerd Christmas, and boy was it fun this year. Information poured in from every direction about every game I play and it was a glorious Thursday and Friday. Honestly, I am still trying to digest it, and some of the information still will be in its raw form.

Malifuax had the pre-release of its Crossroads book, which has both the Wave 2 models from the edition conversion, and some new models here and there. This is the one I’ve spent the least time Digesting. Gmort on the forum loaded up these daily congregations of pics, which I’ll just link here.

There is some really cool art in there, and when the book and decks finally release, I look forward to playing some more Malifaux. The Beta wore me out just reading about it, so its nice to have that joy creeping backin.

Infinity, with its coming 3rd edition, had a ton of information to share as well. Almost all of it was revealed in a video Here.

I do like the Japanese dude on a bike, showing off the the new style bikes and the larger 55″ footprint There is also an awesome pic of Bostria giving out one of the changes: adding 15% to the retreat threshold for 3rd

We’ve also got some fantastic concept and 3d sculpts, and a ton of pictures of them, that they are working on.

Of course I focused my attention, though, on the Haqqialam, because its my faction, and I have to say: When I first saw the Jannisary model, I cried out that the jannisaries were fine. When I saw the HMG model, I was instantly corrected, that model is freaking great. 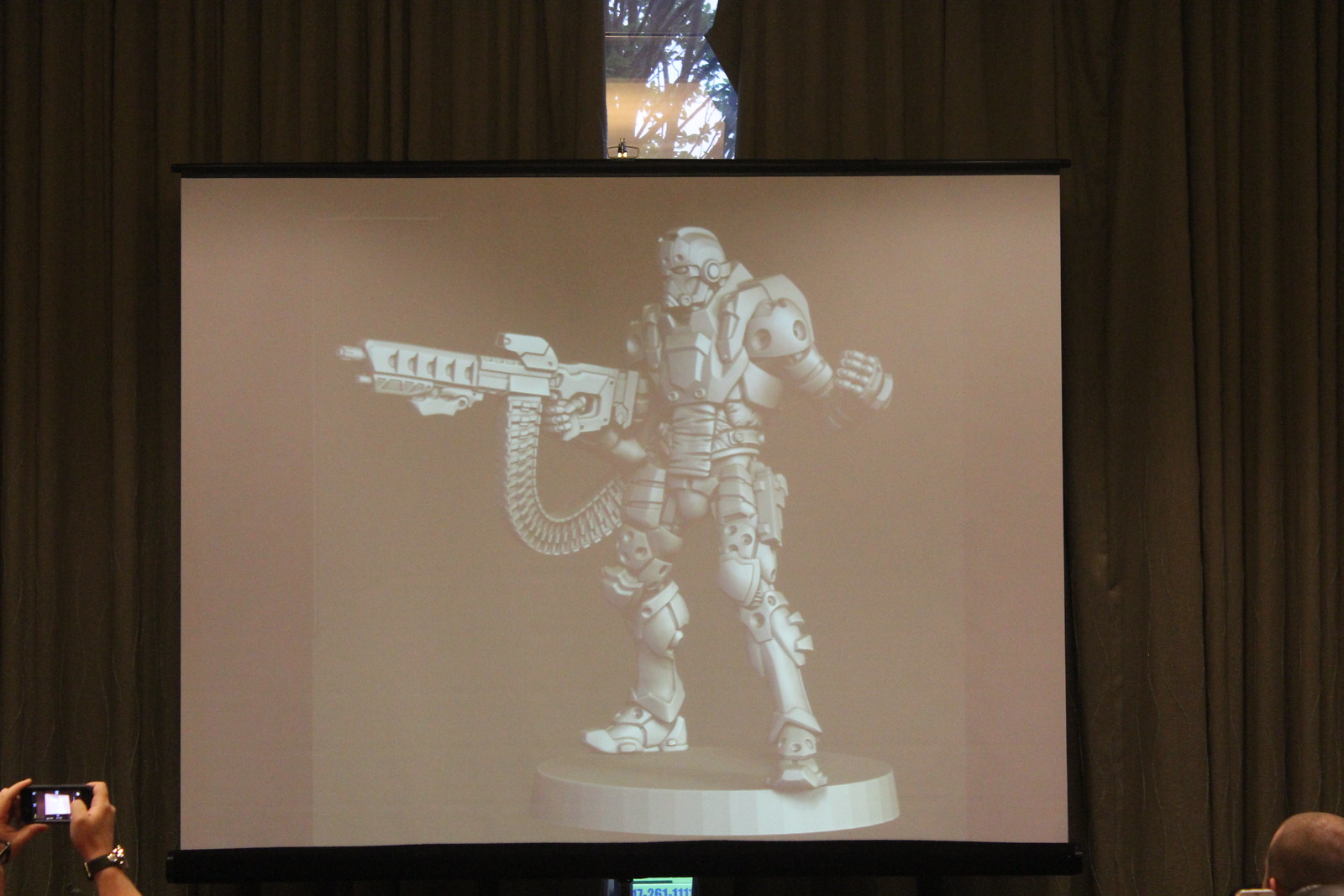 I look forward to the new Hassassin with a Missile Launcher

to go with the thousand bikes I am going to buy

And  a resculpt of the Maghariba Guard

Finally, there are the Warmachine Gencon pre-releases, which came out like a flood last Thursday, as the store opened and the pre-release cards were unboxed.

Overall, I like them all. They have their own flavor and I really think that they will stand on their own once the Doom Cycle shakes out.

Bradigus is a caster after my own heart. He is a druid that plays well with wolds, which is the only thing I want in a Circle caster. One day, I’ll probably build an army for him.

Absylonia 2 is an intriguing model to me, with a host of strange spells and abilities. Most of the time when that happens its because I just don’t get it, and get suckered on the table. I look forward to facing her.

Helga is crazy-fun. I initially thought that Cyclone was Twister, and was exceedingly unimpressed. Simply changing that one spell makes her 1000% more fun. I approve!

Jaga Jaga is freaking bonkers! I really like both her new spells, Gravewind and Spellpiercer. Her feat, as well, is completely awesome, and I look forward to using it one day here soon.

Xerxis 2, being that I play Skorne, is going to be a blast to play. Mobility is a ton of fun, and his beast bond is exceedingly good. 13/19 with transfers and 19 HP is nothing to scoff at either. Ignite is good, but is nothing extra special, as Skorne has a ton of high end damage buffs. I do look forward to sending Tiberion some 11″ and outside 10″ of Xerxis area during the feat. Who knows, maybe I even use Fate Walker to get him back in his standard control area after the turn ends.